When I post from my IPad, when I'm on the road, I can't seem to upload photos.  They just show up as little squares with a question mark.  But, from my laptop, it works.  So, here are some missing photos from my last post. 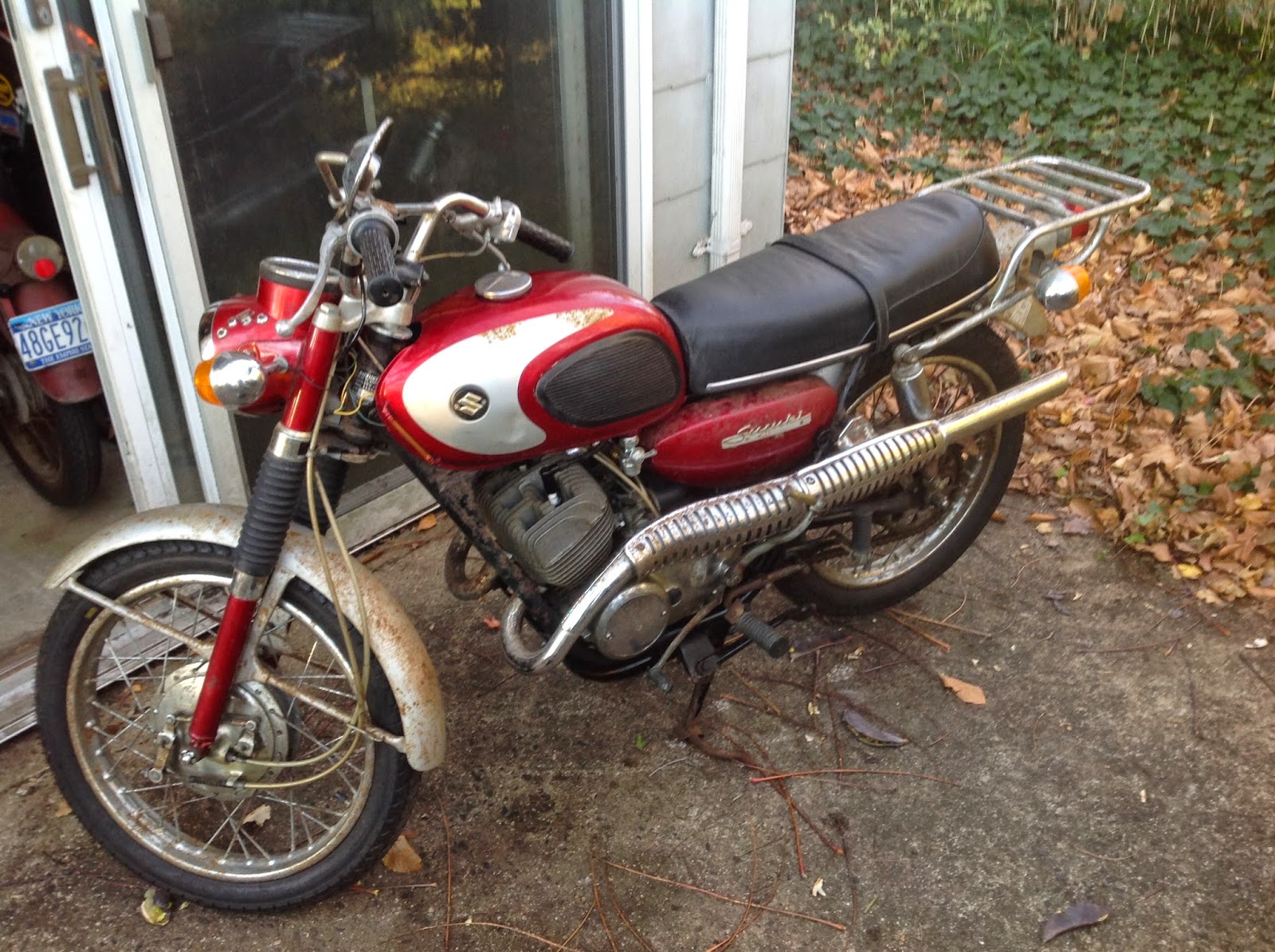 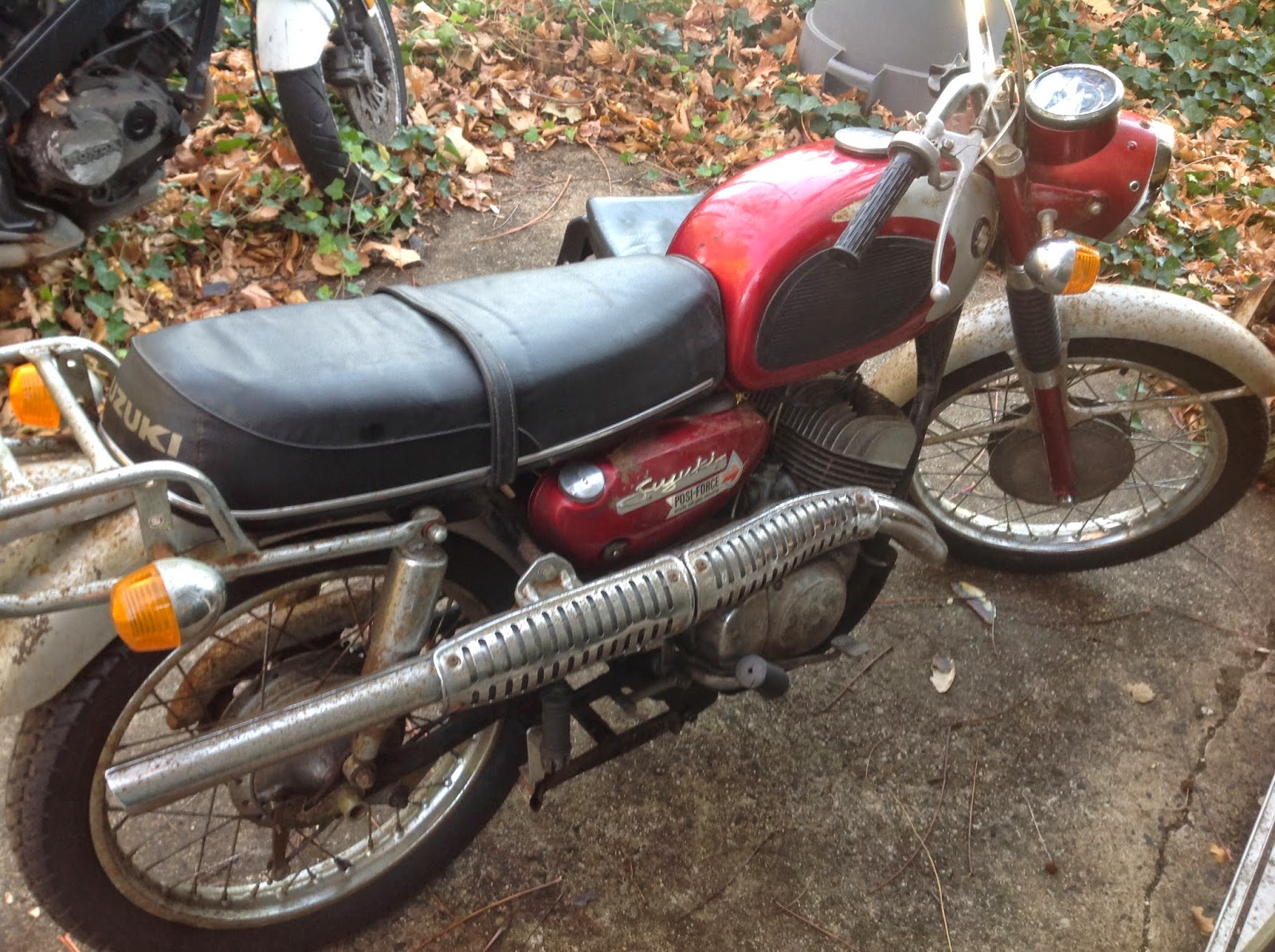 Last Wednesday marked 9 week from the replacement of my right ankle.  I went 6 weeks totally non-weight bearing, then gradually increasing partial weight bearing.  So, Christmas Day I celebrated by riding a bicycle more than 9 miles.  Then, I got a neighbor of my brother, who stopped by on his R-27 BMW, to ride my recent purchase, a '68 Suzuki TC 200, around a little bit.  It seemed to work fine, so I couldn't resist riding it my self.

Today, I registered the bike and then rode it about 16 miles.  It's good.  It starts easily, runs well, not too peaky, handles fine, good front brake (I didn't use the rear brake as I rode in my Air Cast boot), and is reasonably comfortable, though it does vibrate a bit at high revs.
The TC 200 is the street scrambler version of the X-5, a 196cc, 5 speed, little brother to the 250cc    X-6.  I bought the bike with only 226 miles on the odometer.  The story was that the seller's uncle bought the bike new, rode it a little bit, then tipped over and parked it.  It lived much of the next 45 or so years near the ocean, so there is lots of surface rust, but it seems structurally sound.  The seller had taken it to someone who put new Michelin Gazelle tires, a new fuel tap, and new spark plugs, cleaned the carbs and got it running.  Evidently, this person didn't check the points, as I found one set gapped way too open and that side ignition timing well advanced.  There was also an oil leak from the clutch pushrod.  I got a new seal, but then realized the the pushrod was bent.  This, and the amount of muck and grime around make me question that the mileage is accurate.
I also bought a center stand off Ebay and installed it.  It seems that some TCs came with them and some didn't .  Likewise, fork gaiters and rear shock shrouds, but fortunately this bike has both which probably saved the suspension from the rust that's on the rest of the bike.
Most people seem to prefer the look of the high pipes, cross braced handlebars and skid plate of the street scrambler, but personally I prefer the low pipes as they give easier access to the carbs and gearbox oil filler.
All it needs now is a route sheet holder and it's ready for a Moto Giro or Tiddler Tour.