I just stumbled across this photo from NJMP : 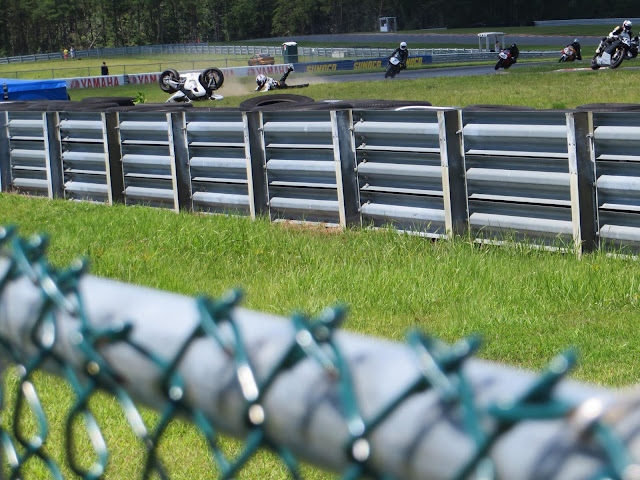 This is the first lap of the BOT F-1 race Sun. 8/4/13.  Pat Mooney crashed his Buell in turn #3A.  Ilya Saltykov is just disappearing at the extreme right and I (#7) am  inheriting 2nd place.  Pat apparently was OK, but his bike wasn't.  Photo by John VanNostran
Posted by Dave Roper at 4:16 PM 1 comment:

Dave Back just sent me three more photos from NJMP.