The AHRMA event at CMP was a weekend of two halves.  My 350 Sprint ran great and I won both races on it.  My 250 Sprint was lots of trouble and netted a DNF and DNS.  My 250 hadn't run for almost two and a half years since it dropped a valve in Oct., 2014 at Daytona.  Karl Engellenner renewed the complete top end, working on it between his many projects.  This involved welding up and machining the head, new valve seats, valves, guides, springs and retainers, new intake manifold and carb bell mouth, new exhaust head pipe, new cylinder and new piston.  The piston was a big delay as it took about 9 months for J.E. to produce it.  I started it up for the first time the Sunday before I left for CMP on Thurs. 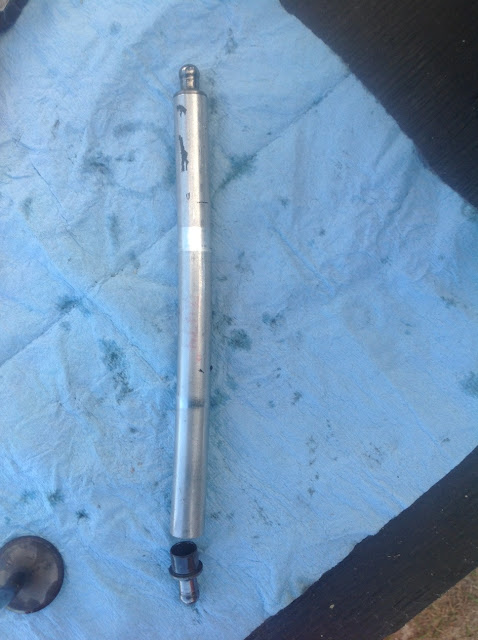 But, then I found that I had no compression and removing the head revealed a very bent valve, for which I had no spare.  Game over. 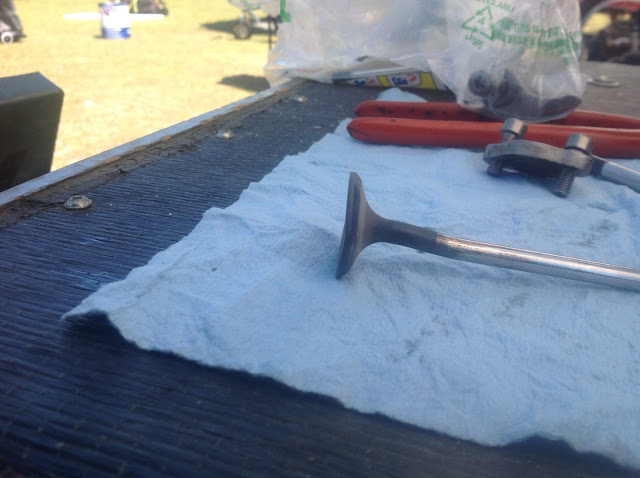 On the 350, I again led overall for a lap or two until Jim Hinshaw came by from the second wave with his H-1.  He pulled steadily away and finished almost 15 and a half seconds in front of me.  But this time, Mark Morrow didn't catch me and I finished more than 16 seconds ahead of him.  For some reason, Alex McLean pulled off after three laps, so I was first in class and 2nd overall and my fastest lap was almost 1 second faster than Saturday.
Stu Carter had brought his 200 Honda, which he had just put new carbs on and he put it on HCV's dyno and the sniffer showed that it was way rich.  Stu decided that he wasn't going to race it and that I could in the 250GP.  I went looking for smaller jets but was only able to find ones slightly smaller from Miles Fredrick at Street and Competition Cycles.  While not ideal, I figured it was still worth trying to race it to shake it down.  But, when the time came, the motor didn't want to turn over as it evidently leaked fuel past the float needles and hydraulic locked.  We pulled out the spark plugs to try to clear the cylinders, but then noticed that the fuel tank was leaking, so I didn't start. 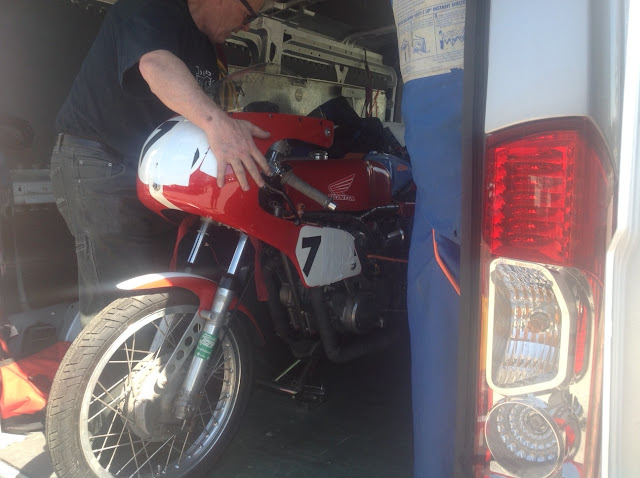 Despite the disappointment of the 250, I enjoyed the weekend as the weather was gorgeous and I enjoyed the track more than I had remembered, having last raced there 11 years before in 2006.