This was AHRMA's third road race event of the 2019 season, but I didn't go to the second in New Orleans.  I arrived on Fri., the 29th and got set up, sharing a garage with Kenny Cummings of NYC Norton.
First practice, I took it easy scrubbing in a new rear tire, and got up to speed in the second practice.
My first race was the 8th, with Sound of Thunder 3 in the first wave, Formula 500 in the 2nd wave and 500 Premiere and 500GP in the 3rd wave.  I managed to win the 500 Premiere class as I was the only entrant in it, but finished ahead of all the 500GP, three of the F500 and six of the SOT3.
The 350GP was the last race of the day and we were gridded in front of the 350 Sportsman.  Jerry Duke got the hole shot on his 350 Ducati, but messed up his line into turn #1 and I passed him on the exit.  But, we only got two more corners before a red flag was flown.  Jon Hollingsworth had gotten to the pit out late and had to go right to the grid without a warmup lap, so he crashed when he hit turn #1 with cold tires  and brought out the red flag.  We restarted quickly and this time I got a better start and led over all to the checkered flag, and had the fastest lap in the race.
Sun., there was just one round of practice and I thought I'd just do a couple of laps to make sure everything was alright.  But, then it started to rain and I thought I'd skip practice.  Then the rain let up and I did go out and did two very steady laps.
Jerry Duke decided he'd join me, bumping up to 500 Premiere and Brian Laraburre, who had taken delivery of a NYC Norton Seeley G-50 on Fri., had initially thought he wouldn't race it until certain ergonomic changes had been made, but changed his mind and also entered 500 Premiere.  Again, SOT3 was in the first wave, but we started in the second wave with F500 and 500GP.  And, again I finished in front of six of the SOT3 bikes and three of the F500s, as well as the other two 500 Premiere.  Times were a good deal slower because of an oil spill, cooler temperatures and higher winds.
For the last race of the weekend, the 350GP and 350 Sportsman, I put my bike up on the roller starter and grabbed the front brake before hitting the starter pedal and the brake lever came right to the grip. The cable pulled through the barrel at the lever.  I had replaced this cable in June of 2017 after I crashed at Gingerman and damaged it.  Since then, I had done 14 events on this bike, a total of 1427 race miles, and it choose to let go in the paddock just before going out for the race.  It was a bit disappointing, but way better than letting go diving into turn #1.  As I tell everyone who will listen, I'm the luckiest guy in the world. 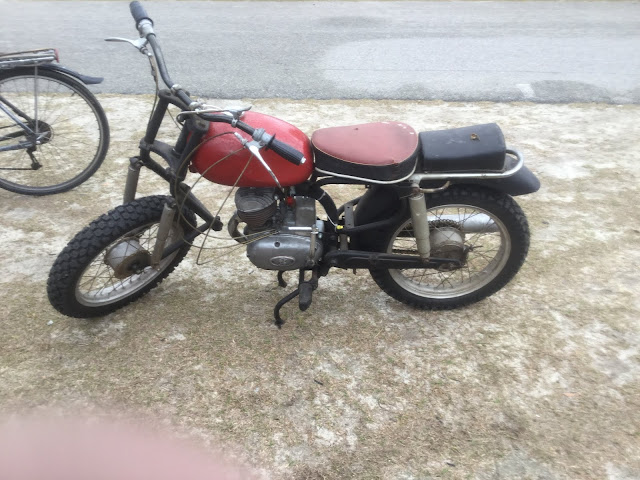 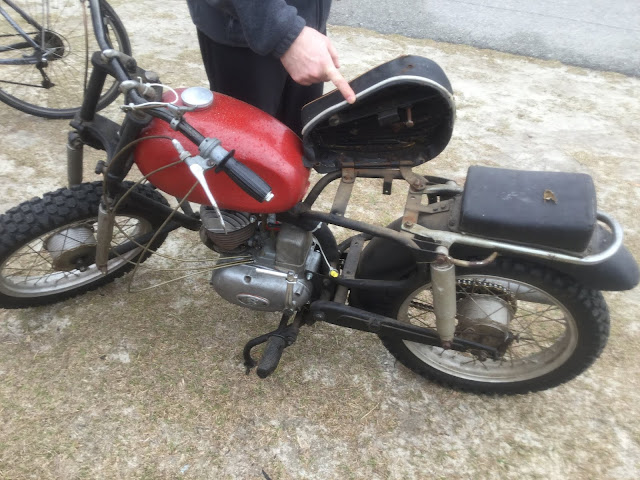 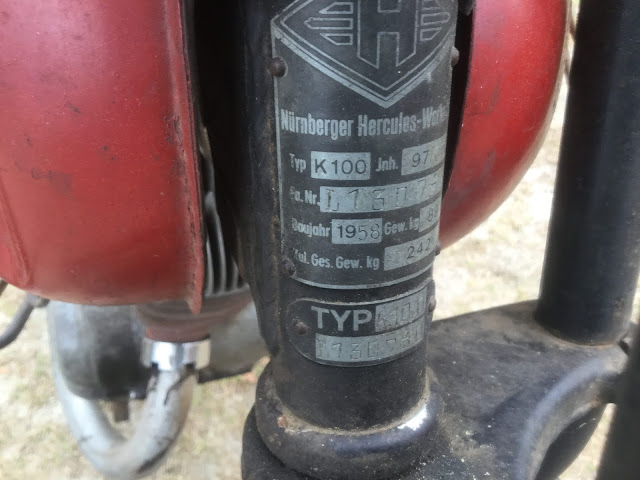