I'm on my way back from the Isle of Man ClassicTT.  Team Obsolete shipped the 1959 Matchless G-50 1709 that we used to win the 1984 Senior Historic TT back to the IOM to participate in the Classic Racer Magazine Lap of Honour.  I went over a week before my ride to watch some practice and racing and hang out with friends.  There was a considerable American contingent, some newcomers, some with experience; some who I knew, some I didn't.  Ron Halem from San Jose, Ca., brought his 500 BSA Goldstar.  The bike had raced at the IOM at least four times before and this year was being rider by Paul Owen, an experienced and enthusiastic Brit.  Wade Boyd had raced at the IOM many times on both solo and sidecar and had a Classic F-1 Suzuki.  Bill Blythe is an old friend from Ct., who raced the Mountain Circuit for the first time last year after coming to the Island a couple of times previously to learn the circuit.  He was racing a Kawasaki ER-6 in the modern Supertwins/lightweight Manx Grand Prix.  Andrew Mauk, from Milwaukee, was riding his friend Keith's CB 450 Honda in the 500 Classic TT.
And, Jon Munds, from Portland, Or., was racing his 239cc CB 175 Honda in the 350 Classic TT.  Jon had Jared, Courtney and Tim helping him, all of whom I had met previously in Portland.  There was no separate 250 race this year, but there was a prize for the first 250.
Andrew grenaded Keith's 450 pretty spectacularly early in the practice week when it broke a rod and punched a hole through the front and back of the motor. 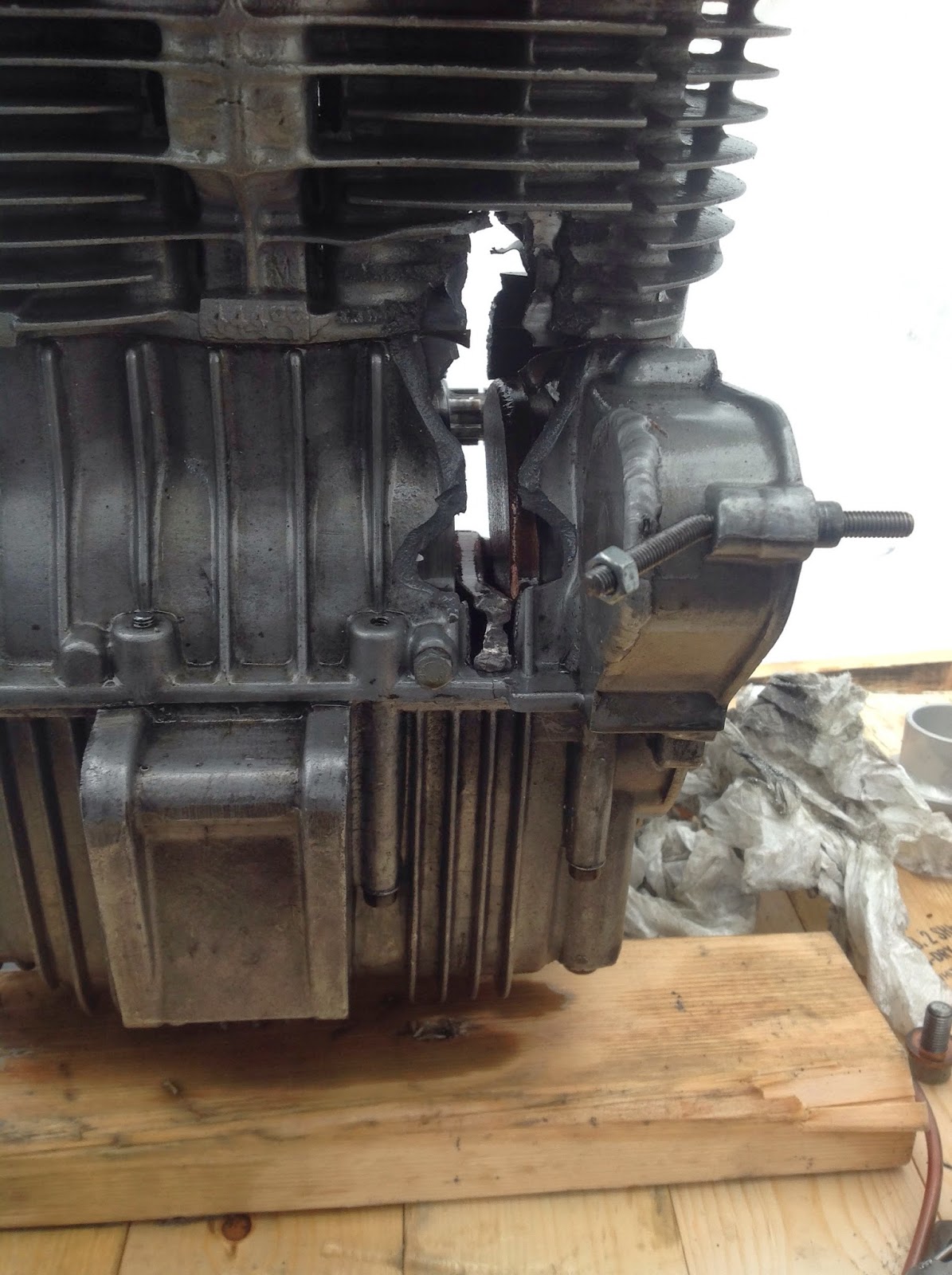 Luckily, the motor didn't lock up and their oil pan seemed to collect all the oil and most of the debris, though Jon got hit by some shrapnel while following.  Keith had wisely brought a spare motor. 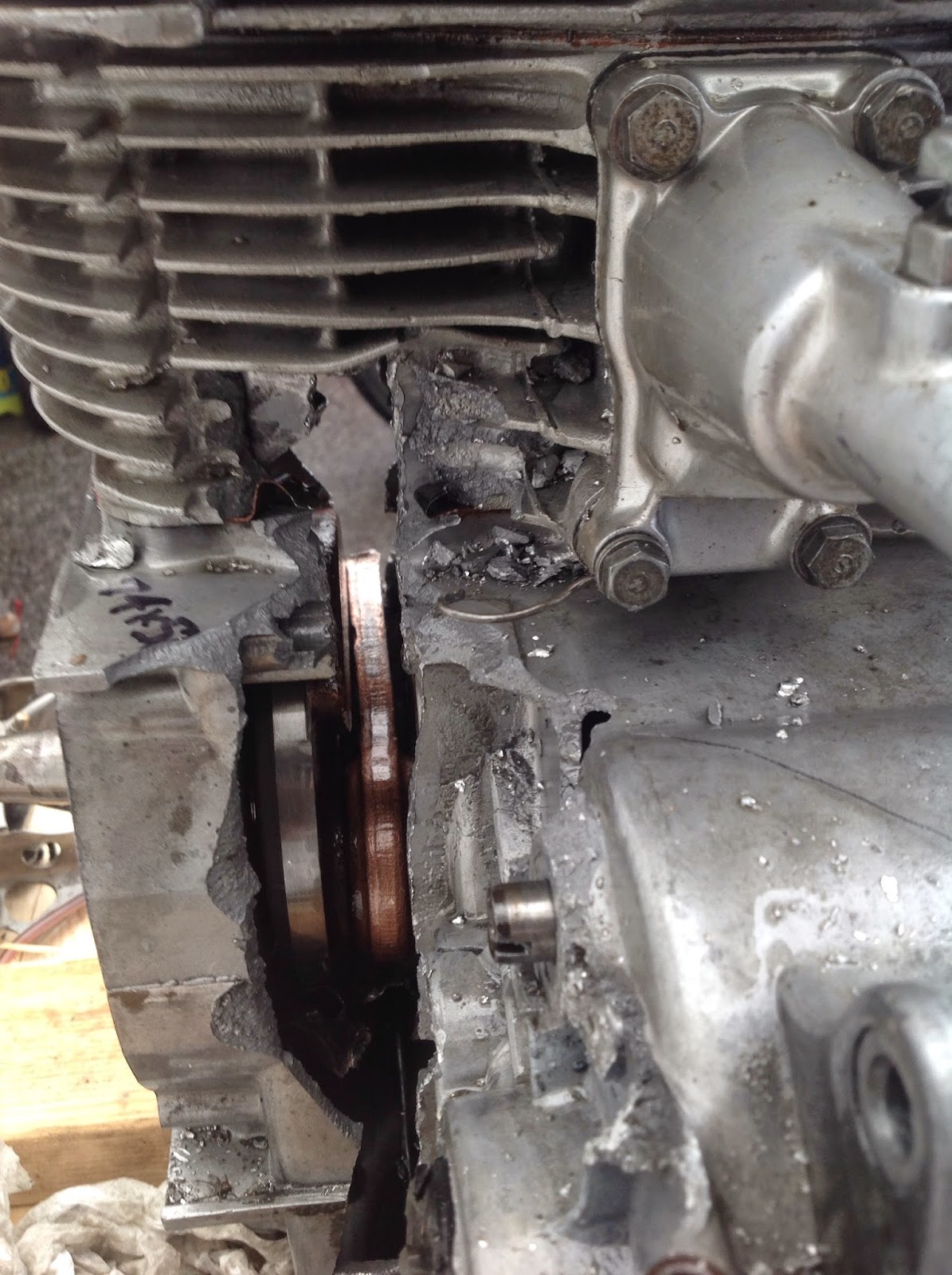 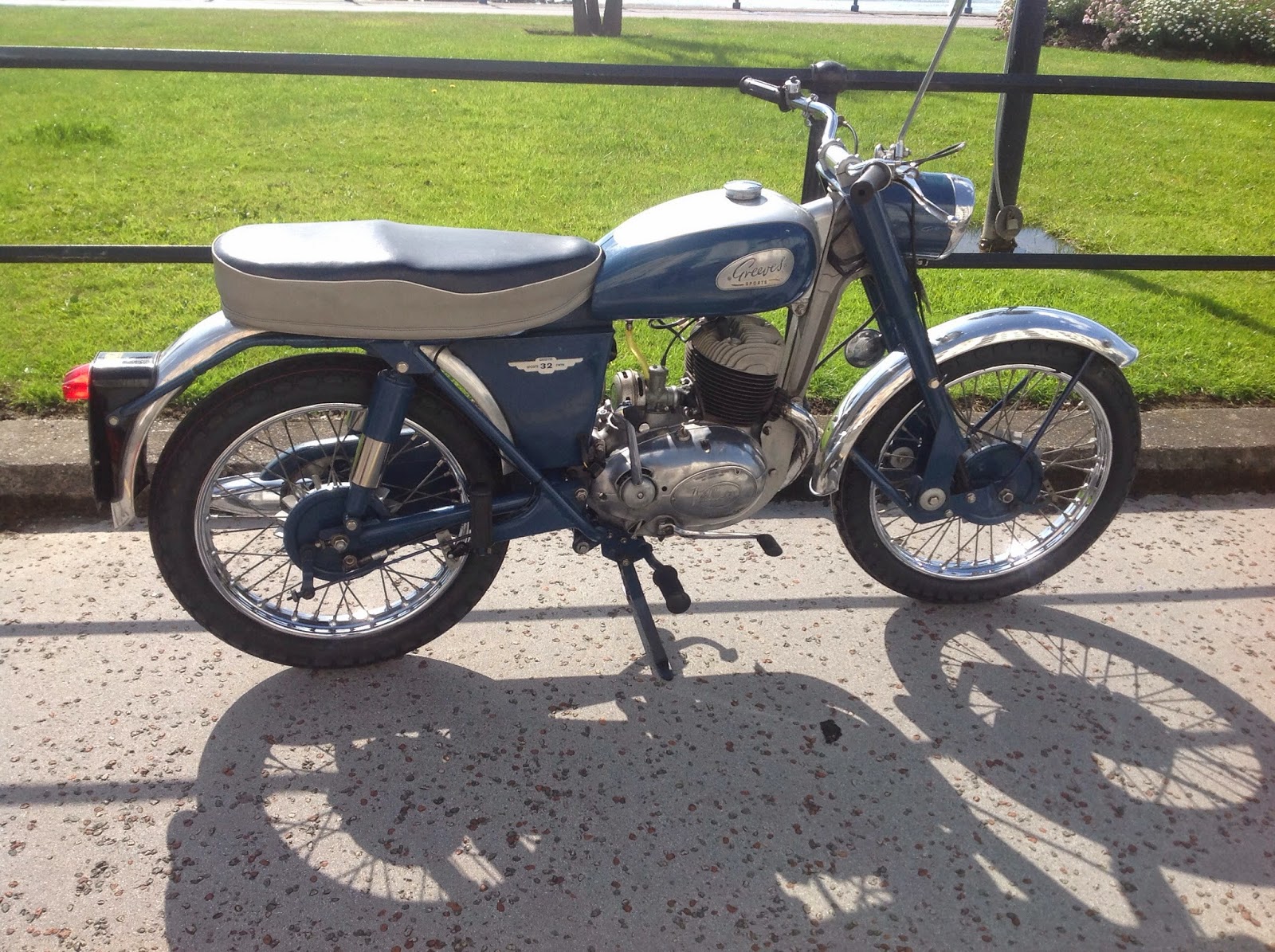 A 350 Aermacchi that Joey Dunlop race in a Junior Classic MGP, displayed with many of his other bikes raced at the IOM. 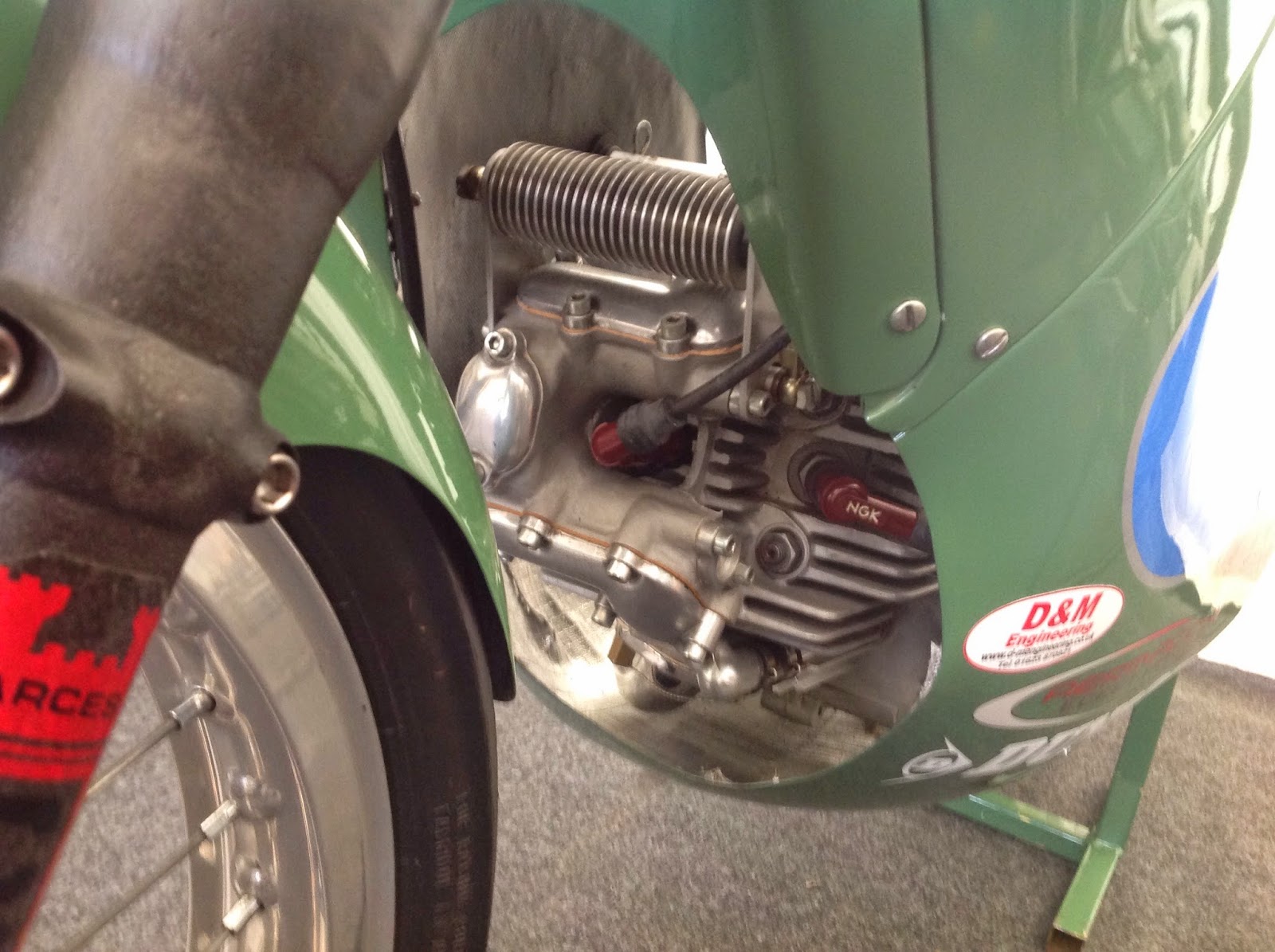 All the gear, all the time

5 weeks ago, I was riding my Honda CBR 250R home from Brooklyn when, about 1/3mi. from my house, a car pull out from the curb directly into a U-turn in front of me.  I tried turning left, hoping they'd see me and stop and I could sneak around the front of them.  No such luck and I T-boned the car behind the left front wheel/driver's door area.  I'm a little fuzzy about my trajectory, but I ended up on the road with my neck and left thigh hurting.  An ambulance was there shortly and, after my helmet was removed and my one piece Aerostich Roadcrafter was cut off me, a neck collar was put on and I was put on a back board and taken to the emergency room of the local hospital.  A CAT scan showed a 'non-displaced fracture' of C-4 vertebrae.  I take this to mean a crack, as I had no neurological symptoms whatsoever.  The contusion and hematoma on my thigh was the main problem and, while that's much better, my knee continues to bother me.  It always could be worse and I'm glad I was wearing all the gear that I was, including boots, gloves and back protector.  I spent a day in the hospital and was fitted with a more comfortable neck brace/collar which, hopefully, I'll get rid of next Tues. when I see the neurosurgeon again.  He convinced me that it wouldn't be prudent to ride again for 6 weeks.
So, I went to the AHRMA race at New Jersey M/S Park on 12-13 July, but didn't race.  What I did do is covered in this posting on Larry Lawernce's website, The Rider Files.  Larry is a long time Motojournalist and writes the 'Archives' column in Cycle News along with much of their race coverage.  Larry had done a few pieces on abandoned race tracks, so I sent him my report on Vineland, which he posted recently:
http://www.riderfiles.com/david-roper-explores-the-remnants-of-the-old-vineland-speedway/#comments
Check out Larry's other abandon track articles:
http://www.riderfiles.com/iowas-ghost-track/
http://www.riderfiles.com/memories-of-meadowdale/
http://www.riderfiles.com/the-last-days-of-mid-america-raceway/
http://www.riderfiles.com/mid-america-raceway-the-worlds-longest-paved-motocross-track/
http://www.riderfiles.com/parry-at-mid-america-1984/
http://www.riderfiles.com/the-woods-of-wentzville/
Posted by Dave Roper at 2:07 PM 6 comments: