After back to back weekend of racing in early June, I had back to back weekends of Tiddler Tours.  First was the second annual Oak Hill Classic in Durham, N.Y.  Actually, this isn't strictly a Tiddler event as bikes are not limited by displacement, only age.  Unlike last year, we had great weather this year which boosted participation to about 20.  I rode my '68 Suzuki TC200. 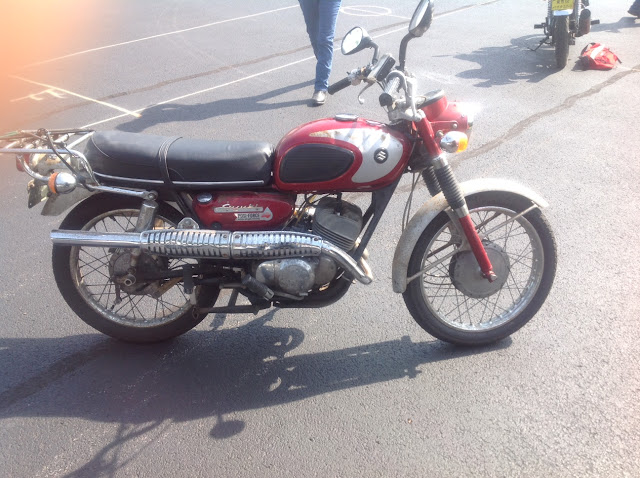 The oldest and biggest bike was an Indian Chief.  The smallest bike was probably Gabrielle Isenbrand's 125 Kawasaki B8?
Her partner Carter rode an R27 BMW and their friend a Yamaha CS-1.  There were two CA 160 Hondas, a CL 77, and my sister-in-law Amy rode her CL350. 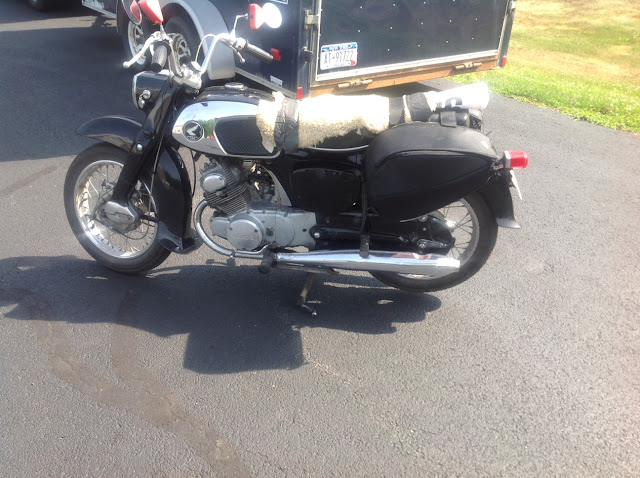 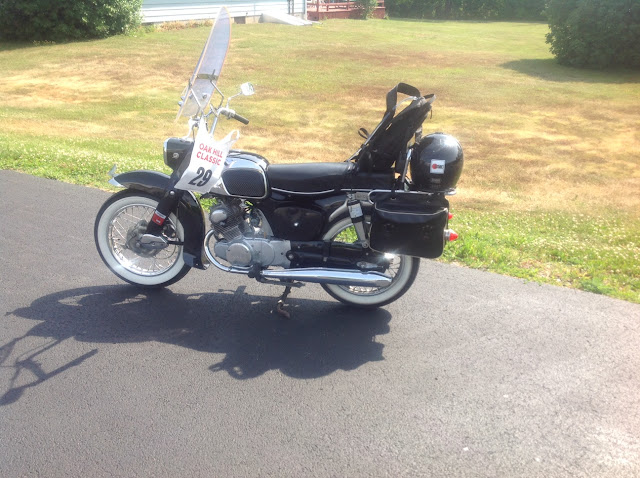 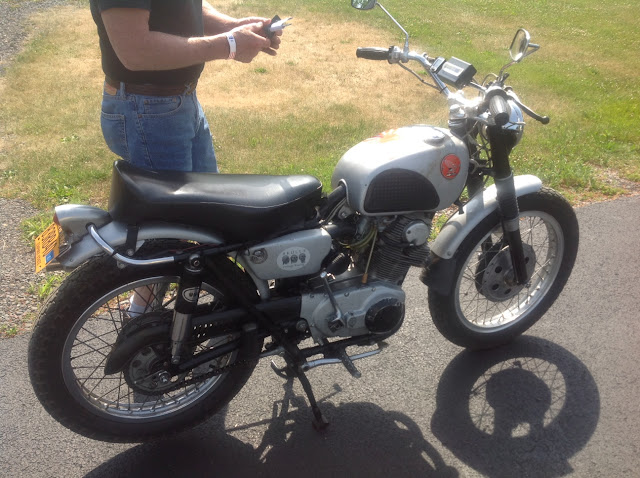 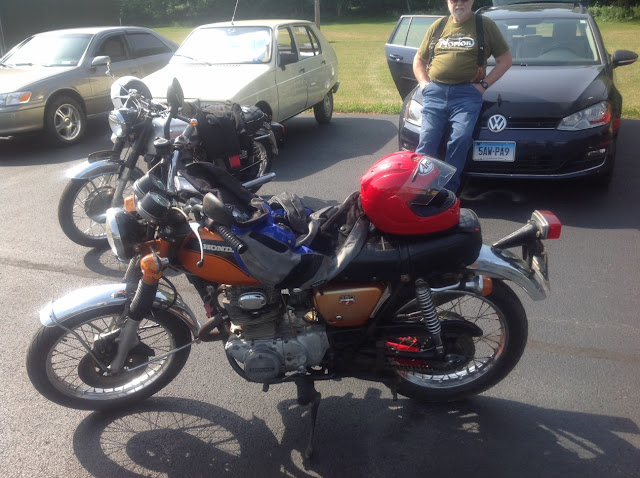 There were two Ossa Wildfires and an Ossa powered Greeves (Grossa).
The route started out with a lot of relatively high speed state roads.  Rich Hosley soon caught up to me on his Ossa Wildfire and we rode together through the middle part of the ride.  We stopped when my mirror  came loose.  After tightening it up, I was apparently not too careful about repacking my tool pouch and it was partially blocking the inlet to the air filter.  Shortly after we got going again, I missed a turn and soon noticed that Rich wasn't behind me.  I figured it out and turned back to get on the route which became more interesting, narrower, twister, and with steep grades.  I was trying to catch back up to Rich, but now the Suzuki wasn't running well because of the blocked intake.  About 8 miles from the finish, the bike went onto reserve and I had some concern that I might run out of fuel, thinking it might be getting even worse mileage than it's normal mid 30's to the gallon when I'm hammering it.  But, I did make it to the finish with only Doug Boughton on his 350cc CL 77 and Rich  already back.  We had a great feed at the firehouse before going our separate ways.
The next weekend, 4th of July weekend, was the social event of the season: the Roper Tiddler Tour put on by my brother Doug and his wife Amy.  Again, great weather brought out maybe the biggest turnout ever.

Brother Doug continues to impress with his ability to come up with new, great roads in a somewhat limited area.  Then there's the great after party that attracts most of the neighborhood in addition to the Tiddlers.
The next day, Gordon, Doug and I finally located the leak in my Horex Resident fuel tank and Doug did a expert job of silver soldering it.  Then the three of us escorted Eli and Seana in their sidecar outfit to Beacon Falls, Ct. on their way back to NYC.